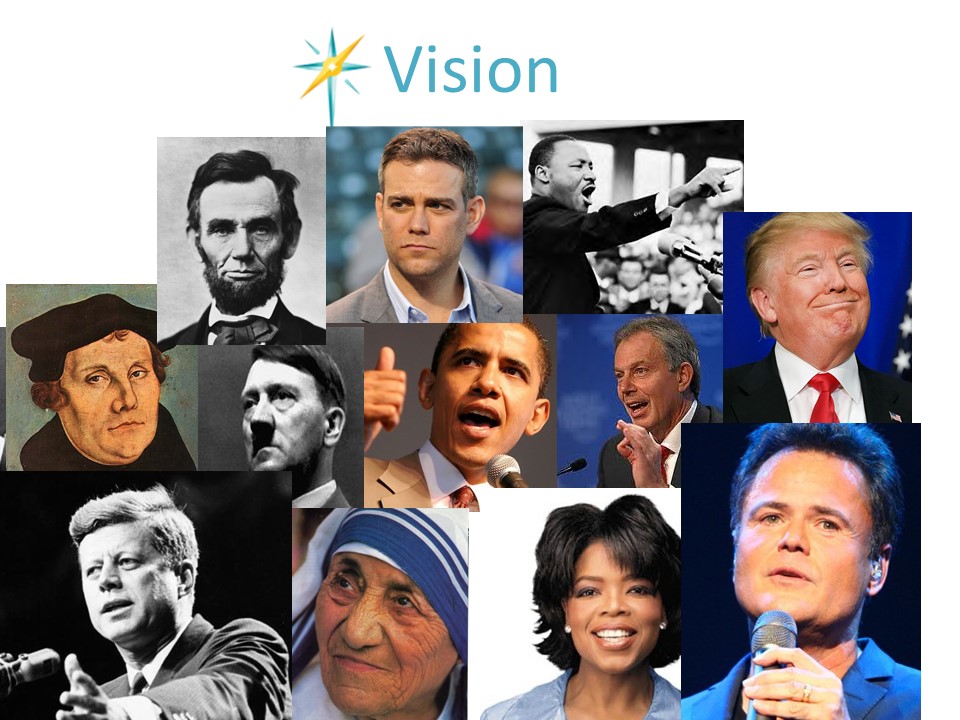 Back in 2000, I attended a performance of Joseph and The Amazing Technicolor Dreamcoat starring Donny Osmond. His performances were electrifying and I was amazed at how he could muster up such energy and passion eight shows a week for all those years. I saw Osmond being interviewed while in Chicago when the show reached its 4,000th performance. In the interview he said, “It might be my 4,000th show, but for the audience, it’s always their first time.” He believed in his core that he must bring his absolute best self to each and every performance.

Back then I was the Senior Director of Advancement at Concordia University in Chicago and we were conducting the $40 million Campaign for Learning and Leadership. Together with a creative team of people we crafted some powerful vision language to frame the campaign’s purpose. President George Heider was a very effective vision bearer for the campaign. His message was inspiring. It was also his first time to lead a large scale, multi-year fund raising effort. I asked him to repeat his campaign message, almost verbatim, at many alumni, community and donor events over a period of several years. After what seemed like the 50th event, he asked me, “How many more times will have to say this?” I said, “Until the campaign reaches its goal.” He did repeat the message many times, each time with conviction, and we did reach our $40 million goal.

I’m amazed at the power of words delivered with conviction. Words matter. Your words matter! Whether you lead a company, nonprofit, or even a youth sports team, what you say on a consistent basis creates a vision and sets the tone for them, whether you’re aware of it or not.

Depending on your age you’ll probably remember these sound bites because of the powerful vision they created. “Never give up.” (Churchill) “I have a dream.” (King) “Yes we can.” (Obama) I asked some friends what these statements and others like them have in common. They said, “conviction, passion, perfect sound bite, timely, relevant, inspiring, hope-filled.”

What can we learn about articulating vision as we lead our company, nonprofit, department, or team?

Remember advice from the Psalms, “Without vision the people perish.” This verse is in the context of without vision the average person can lose hope, become troubled, and live without a sense of purpose or direction. Your vision for your team, delivered with conviction and passion, has the possibility to create a new, more powerful story ending for your situation. What are you waiting for?

Here are 10 statements that are quite memorable. Most of them are easily recognizable. What’s also interesting is that the statements reveal a lot about the author. Some reveal incredible depth of character. Others reveal a twisted and even evil belief system.

This blog shares my perspective on how you have the ability to create new story endings that are meaningful, powerful and filled with hope. I facilitate culture changing processes that help organizations achieve greater impact. Also, I provide leadership coaching to help executives and aspiring leaders become the fullest expression of who they’re intended to be.

If you're looking for coaching or consulting services - contact me - brian@leadersedge.me