Building the Leadership Effectiveness of Your Board

I recently was asked to do a one-hour workshop for the Siebert Foundation in Milwaukee for their many nonprofit and ministry partners across southeast Wisconsin. If you’re a nonprofit leader or board member here is a comprehensive overview (is that an oxymoron) of the key elements to build the effectiveness of your board. 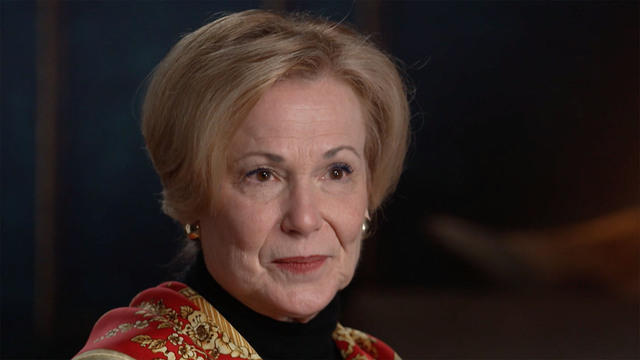 Recently I watched a riveting interview with Dr. Deborah Birx, former leader of the White House Coronavirus Response Taskforce. Her way of dealing with a very challenging situation illustrated a number of vital leadership qualities, particularly needed in our fragile and fractured country today. To see the interview just click here. By the way, the lessons listed below are my observations not hers.

Calm Under Pressure – When you’re in the public eye and how you appear is just as important as what you do, stay calm. Keep emotions, anger, disbelief,

Apocalypse Now All Over Again? or 7 Lessons I Want My Son to Take Away from this Week in History (6 minute read)

Most people associate the word “apocalypse” with a disaster or horrible event nearing the end of times. Actually, the word means “to uncover” or “an unveiling.” My hope is that this blog will provide some “unveiling” for you.

If you’re a new reader this blog is about raising a boy to be a “Tender Lion,” and how to do that in a very challenging world. This last week brought with it some terribly challenging events, and I’m predicting that the coming weeks will bring more equally as challenging.

How do I help

Last week I had the privilege of leading a webinar for numerous nonprofit board members, CEO’s and other executives. The Christopher Family Foundation of Hinsdale Illinois offered this webinar (and periodically offers others) to their grantee network in mostly the Chicagoland region.

Just click “Read More” in the blue box to go to the video of the webinar.

Insights on Life, Leadership and the Pandemic – Brian is interviewed by Jay Frost

I was interviewed recently by Jay Frost, one of the leading development experts in the United States. Jay hosts an educational series for nonprofits called “Unbound” provided by DonorSearch.net.

I was invited to do a webinar for nonprofit leaders recently and then Jay extended the offer to interview me on their Masterminds Series about my thoughts on leadership in general and the pandemic. Go here for the interview. Just click and you can listen on your phone or computer.

7 Essential Questions for Boards During the COVID-19 Pandemic

Run Through the Tape – A Lesson for Life and COVID-19

My friend Roger was an outstanding sprinter on his high
school track team. He ran the anchor leg of the 4 x 400-yard relay team. At one
particular track meet, his relay was the last event of the day. If they won the
relay, the school would also win the entire meet.

The first three legs of the relay were very close. Roger
received the “anchor leg” baton in second place, but was able to sprint past
his opponent to a comfortable lead with quite a bit of track left until the
finish line. Roger became over-confident

Stress is caused by uncertainty,
uncontrollable situations, and sustained volatility according a stress researcher
from Harvard University. The research I’ve read finds that the “big three”
elements that cause stress is when “family, finances and/or health” are
threatened. It appears that all of these elements are in the bullseye right
now, and it’s almost certainly going to get worse before it gets better.

Who could have imagined the lightning speed at which the
world has changed in just the last few days. In many parts of the world the
number of cases and deaths from COVID-19 is

This is definitely NOT April Fool’s Day advice in this document. If you’re concerned about if or how your nonprofit should approach its donors during the pandemic…this attachment has 20 links to excellent resources regarding this vital topic (i.e. – direct mail, major donors, campaigns, communication, etc,) Thanks to my client ALDE.ORG for providing this doc for its membership. Just click here to find the hotlinks to these resources…

The Art of War by Sun Tzu was written more than
2,500 years ago. His lessons are still employed by many leaders today. Some
historians believe that if the political and military leaders of the 20th
and 21st centuries had studied and applied Sun Tzu’s lessons that
Vietnam, the Korean War, the Bay of Pigs, and that World Wars I and II may have
been avoided. At the very least, these major conflicts would have had
significantly different outcomes, whereby millions of young lives would have
been saved.

What might the lessons be for coaches, political, business