#Life To The Fullest – Tribute to Kris Grahnke

Home / Leadership / #Life To The Fullest – Tribute to Kris Grahnke

#Life To The Fullest – Tribute to Kris Grahnke 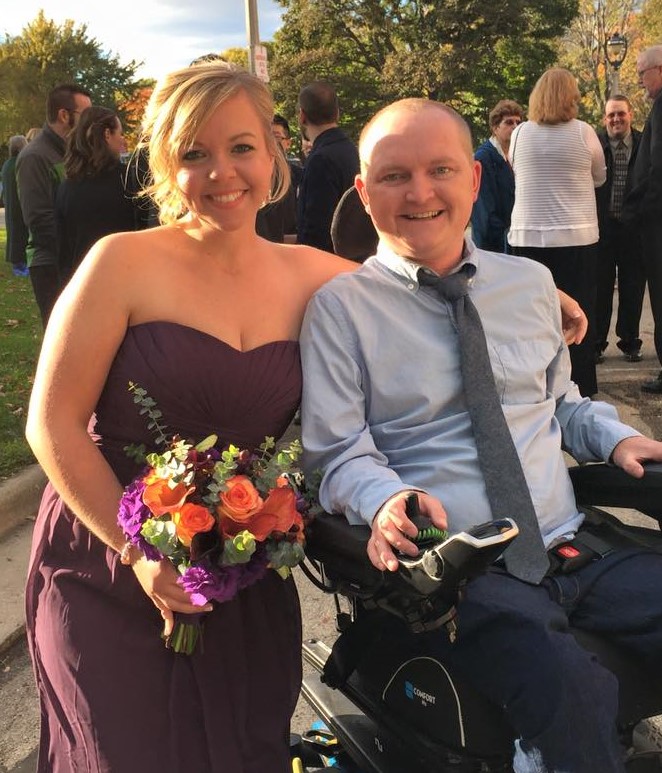 My son, Jeff, called me late the other evening to tell me that, Kris, his good friend for 25 years just died after a three-year battle with A.L.S. (Amyotrophic Lateral Sclerosis). To say that Kris had been “dealt a difficult hand” would be an understatement. His father died of early onset Alzheimer’s in 2006 when Kris was 19. His sister, Eliza, has down syndrome, and Kris was a fierce protector when kids would bully and make fun of her. And then Kris was diagnosed with ALS just a few months after he married Michelle, the love of his life.

Kris had every right to be angry at his situation, the world and God...and at times he was. ALS is a brutal disease. It destroys your body from the inside out, and leaves your mind intact so that you’re completely aware of what’s happening to you physically. Kris was a man’s man. He loved to run, play and live fast and large, and eventually all his physical strength was stolen from him.

I read his blog faithfully and traded a few emails with him over the last several years. As Kris’ life came to an end it seemed to me that he was able to distill life down to just the most important elements.

From my perspective, here’s what seemed to matter most to Kris:

There’s a huge paradox here. As Kris’ pain and suffering increased, his ability to live life to the fullest was incredibly evident. He could have chosen to end life dark, depressed and disengaged. But Kris lived with light, full of joy and fully engaged with the people and the things that mattered most.

Kris and my son were friends since kindergarten and had been through some awesome times together…good ones and tough ones. As Jeff and I were hanging up the phone the other night, he said, “You know dad, Kris is the toughest SOB I ever met in my life.” And he meant it with the deepest love and respect.

What do you take away from Kris’ life?

How will your story end?

This blog shares my perspective on how you have the ability to create new story endings that are meaningful, powerful and filled with hope. I facilitate culture changing processes that help organizations achieve greater impact. Also, I provide leadership coaching to help executives and aspiring leaders become the fullest expression of who they’re intended to be.

If you're looking for coaching or consulting services - contact me - brian@leadersedge.me