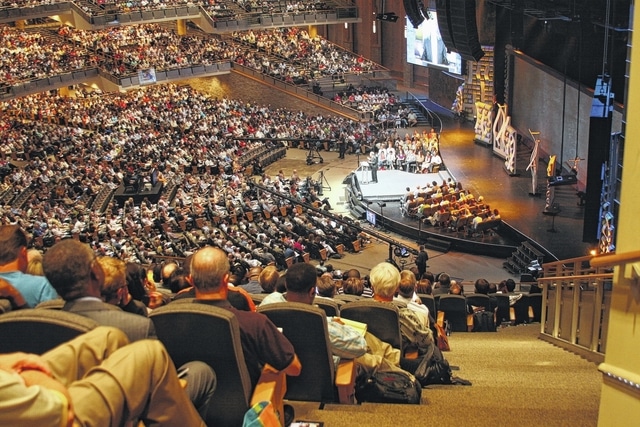 I attended the 2018 Global Leadership Summit #GLS2018 this week, as I have numerous times in past years. It might have been the best leadership conference I’ve ever attended. I pulled into the parking lot on Thursday morning and the media trucks from ABC, NBC, CBS, and WGN were all present with reporters and cameramen milling about interviewing people. And then the totally predictable happened…not one of the media outlets actually reported on the event. But that’s another story.

So…here’s a brief report on the what really happened at #GLS2018. First – who was there, and then some of the “pearls of wisdom” I gathered.

There were 12 outstanding leadership speakers representing the best of corporate, nonprofit and religious circles. 6 of them were women. 2 speakers from Africa and one from Denmark. At least six of them are New York Times Best-Selling authors,  the top-voted CEO from Oklahoma, Senior VP from Apple, Founder of EcoNet Group…voted by Fortune as one of the “World’s 50 Greatest Leaders, Time Magazine’s “America’s Best Preacher”, Vice Chairman of Morgan Stanley, who is also on the board of overseers at Harvard University and on Walmart’s board of directors, one was voted Time Magazine’s “100 Most Influential People”, an Ambassador for Stop the Traffik, an entrepreneur who owns two successful European soccer/football clubs, Harvard Faculty member/best-selling author, Founder of one of the fastest growing health providers in South Africa, and Simon Sinek, yes Simon was there.

Just a few of the “pearls” I gathered:

And…if you just want to see a really hilarious short video about how we can be culturally insensitive.

Leaders who are authentic, strong, ethical, focused, and resilient are needed now more than ever. Keep going!

This blog shares perspectives on how you have the ability to create new story endings that are meaningful, powerful and filled with hope. Is your organization needing to change its culture or create a transformation plan? That’s what I help organizations do…I facilitate culture changing processes that help organizations achieve greater impact. Also, I provide leadership coaching to help executives and aspiring leaders become the fullest expression of who they’re intended to be.

If you're looking for coaching or consulting services, contact me - brian@leadersedge.me